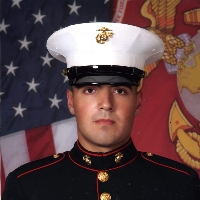 My son, Justin Hasty, was killed in October 2012 and had previously served in the United States Marine Corps.  Justin was an avid runner and was very passionate about the Wounded Warrior Project.  In 2014 we started this event to raise money for the Wounded Warrior Project to honor the memory of Justin and also help some very deserving servicemen and women.  The Justin Hasty Memorial Fund has donated a total of $116,180.00 to WWP over the past 7 years.