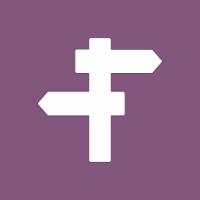 A personal campaign sponsored by MVD

Ari Sonnenberg is a retired Sergeant First Class in the United States Army with over 7 deployments in his career, including three to Iraq. Suffering from PTSD, he decided to set off to India to live as a monk and develop his spirituality to make sense of his experiences. After leaving a monastic life, he struggled to rejoin society and battled multiple suicide attempts. He then turned to endurance sports to cope and improve his mental health.

(Note from MVD - Ari is also a complete badass runner who is an inspiration to our running community, especially those of us in our 40's. :))

Each year Ari completes an endurance effort to raise awareness of Memorial Day, and to honor his lost comrades in arms. This Memorial Day he has decided to try and run the Fastest Known Time on the 100km/62 mile Dutch Mountain Trail that starts in The Netherlands, into Germany, Belgium and finishing again in The Netherlands. This year we have added a fundraising component to the effort. We are raising money for Wounded Warrior Project. Your gift will support life-changing programs that empower, employ, and engage America’s injured veterans. Thanks to the generosity of people like you, warriors and their families will never pay a penny for these services.

Thanks in advance for supporting this cause. Anything helps even just a social media share.

All Gas, No Brakes