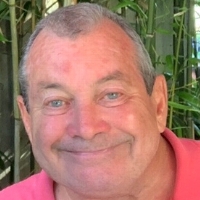 In Memory of John Loosen - Remember me with a smile...

Welcome to our John Loosen's memorial page in partnership with Wounded Warrior Project® (WWP). Your memorial gift will support life-changing programs that empower, employ, and engage America’s injured veterans. Warriors and their families will never pay a penny for these services.

John M. Loosen, 72, of Sea Girt, NJ passed away on February 1, 2021 surrounded by his loving family after a prolonged battle with COVID-19.

John was born November 17, 1948 in Brooklyn, NY to Ann and John Loosen. He was the oldest of three sons, with brothers Dennis and Ronnie.

John graduated from St. Augustine High School where he was an All City track star specializing in the half mile.  He turned down scholarships to enlist in the US Army to fight in Vietnam.   He became an Airborne paratrooper and LRRP with A Co, 2nd BN, 501st PIR 101st Airborne Division.  While in combat, John was wounded by a mortar round, and was rushed back to base camp where his left leg was amputated above the knee.  As a result of his Vietnam service John was awarded the Purple Heart, Bronze Star, and Combat Infantryman Badge.

After a long recovery, John readjusted to his new life, never feeling sorry for himself or making excuses.  He met the love of his life, Noreen Loosen, and they embarked on a joyous life together where they settled in Matawan, NJ and raised three wonderful children, Elizabeth, Sean, and Katharine.

Professionally, John graduated from St. John’s University with a Business degree and rose through the ranks of the Veterans Affairs to Chief of NY/NJ Prosthetics after a 30 plus year career. While also working at the VA, John coached women’s XC and Track for St. John Vianney HS, helping shape and mold many young lives whom today still look upon him as a role model.  He was inducted into the SJV Hall of Fame and St. Augustine HS Hall of Fame for his achievements.  After retiring from the VA, John and his lifelong friend, Rich Murray, helped start up a successful government contracting company that is thriving to this day.

John had a true passion for helping wounded veterans and would help inspire and impart guidance to those by leading by example.  He served on the Board of Directors for the Wounded Warrior Project and Troopers Assisting Troops, and was an advocate for K9’s for Warriors.

John enjoyed the simple pleasures in life: good food, good friends, and a good conversation over a cold drink (preferably an Amstel Light)!   Among his most notable and recognized accomplishments were his beautiful and loving wife, Noreen, his three children, his family and friends, serving his country honorably as an Airborne Paratrooper, his love of his two Old English Sheepdogs, Dudley and Gus, and being a “Papa” to his four grandchildren, Madison (6), Mikayla (4), Maren (2), and Morgan (9 mo).