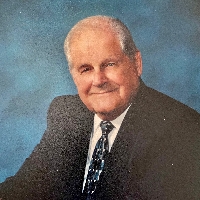 Welcome to our memorial page in partnership with Wounded Warrior Project® (WWP). Your memorial gift will support life-changing programs that empower, employ, and engage America’s injured veterans. Warriors and their families will never pay a penny for these services.  Your donation will memorialize a cause that was dear to Tony.  Thank you very much!

Anthony, also known as Tony, a member of the Greatest Generation, passed away peacefully at his home January 15, 2021, just 12 days shy of his 94th birthday.  Tony was a loving husband, father, grandfather and great-grandfather and will be missed dearly by all.  He and his first wife Catherine had 6 children, Jack (Carrie), Patricia (Bob), Sam (Bev), Cathy (Ted) Mark (Kathryn) & Dana (Gary).  His wife Catherine preceded him in death in 1986 and his eldest son Jack preceded him in death 2019.  He married his loving wife Bonnie, who came with 3 adult children, Jim (Carol), Kathy, Joni (Rich) who he considered his children as well.  Together they had a total of 25 grandchildren & 30 great-grandchildren.

Tony and his sister Rosalie, who he adored, were born to Lottie & Jack Rumfola in Houston, Texas where he grew up.  He attended St. Thomas High School.  In his senior year of high school he graduated early so that he could enlist into the Navy.  He was so worried that he would miss the opportunity to defend his wonderful country in WW 2.  After the end of the war he returned to Houston to finish his education at the University of Houston.

Tony started his career in the chemical industry while attending night school & starting a family.   His first job in the chemical industry was with Shell Chemical Company in Houston.  While working for the National Lead Company he was transferred to Dallas, TX for two years before being transferred to the Los Angeles area in 1961.  He was hired by ET Horn Co. in 1965, a chemical distribution company.  After 10 years he decided to start his own chemical distribution company, TCR Industries Inc., which still operates today as an ESOP, employee owned company.

Tony grew up loving the game of golf & continued to play until the age of 87.  He & Bonnie were inseparable, they enjoyed years of traveling, golfing & making time for their beloved dogs.  He truly loved being with family & his many friends.   Each day he & his loving wife enjoyed “happy hour” always toasting “luv ya darlin” to their family, friends & dogs that had passed away.

A celebration of life will be scheduled this summer.  Details to follow.