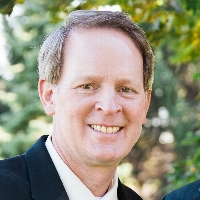 Elliott Marshall Benson, a U.S. Army Colonel (Ret.), seasoned veteran of General Motors and loving husband, father, grandfather, son and brother passed away unexpectedly from natural causes on Jan. 29, 2020 at the age of 61 in Monument, Colo.

He was born in Worthington, Minn. on April 30, 1958 to Roger Lansing Benson and Betheen Louise (Smith) Benson. He grew up in Sioux City, Iowa and graduated from East High School in 1976.

Colonel Elliott M. Benson’s military journey began as a cadet at the United States Military Academy (USMA) at West Point. He entered active duty in May of 1980 after receiving his commission from USMA. After completing the Air Defense Artillery Officer Basic Course and the Rotary Wing Aviator Course, he was assigned to the 503rd Aviation Battalion, 3rd Armored Division, Hanau, Germany serving as Platoon Leader and Assistant S-4. Following the Air Defense Artillery Officer Advanced Course, the Aviation Maintenance Officer Course and the Aviation Maintenance Test Pilot Course, he served as Aviation Maintenance Officer for the Air Defense Center Aviation Detachment at Fort Bliss, Texas. As an aviator, Elliott flew the Bell UH-1 Iroquois, also known as the “Huey.”

His military leadership culminated when he assumed command of 4th Brigade (Combat Service Support), 100th Division (Institutional Training) in November 2007. The brigade was reorganized and designated as 3rd Brigade (Ordnance), 94th Division (Force Sustainment) in October of 2008. 3rd Brigade consisted of five Ordnance CMF Battalions with a national training mission to produce trained and ready Ordnance Soldiers capable of performing their wartime mission to standard. He retired as a Colonel in 2010, after an illustrious 30 year Army career.

After developing a love for cars in his youth, Elliott pursued a civilian career in the automotive industry as a citizen-soldier. In the early 20th century, his grandfather owned the Benson Chevrolet dealership in Adrian, Minn. for over 40 years, so it was fitting when he joined General Motors in 1989. Elliott spent time in engineering, product management and marketing, supporting multiple Chevrolet and Pontiac vehicle platforms. He was especially proud of his work on the GM Mobility program, an initiative designed to help customers with adaptive equipment in new GM vehicles. He later joined the GM Fleet group helping to support state and local governments and corporate fleet customers procure and maintain vehicles. Elliott’s accomplished career with GM spanned across five decades.

Elliott met the love of his life, Kimberly, at the Fort Bliss Officers’ Club in El Paso, Texas on September 19, 1980. They married seven months later on April 18, 1981 at White Sands Missile Range in New Mexico. Elliott spent nearly 40 years as a caring, dedicated and loving husband to Kimberly. They raised three children together. Elliott has been a devoted and supportive father to their kids, Bjorn, Bryce and Lindsay. His unwavering love, positivity, kindness, patience, humor, strength, work ethic and faith in God will live on in them forever. In 2017, Elliott became a grandfather for the first time. It was a role he was made for, and one he especially cherished. He will be deeply missed by his family.

Elliott spent his life leading by example, always choosing the harder right, instead of the easier wrong. He’d pay an incredible amount of attention to detail but also revered the beautiful, simple things in life, and always maintained a clear perspective when it came to the big picture. His calm demeanor, perseverance, integrity and strong set of core values made him an exceptional leader in personal, military and civilian aspects of life.

Elliott loved photography and enjoyed tending to his large camera collection, a passion he shared with his father and children. He was a dog lover, and animals seemed to gravitate toward his calming presence — he was an animal whisperer. Elliott never shied away from new experiences and cuisines and loved traveling the world and exploring its history with his wife by his side. He loved music, particularly The Beatles, and had an impressive record collection. He lived an active lifestyle, and enjoyed running and going on hikes with his family.

Elliott appeared as an extra in the biopic “MacArthur,” which was filmed at West Point in his first year. In the opening scene, a closeup of him fills the screen during Gregory Peck’s paraphrased rendition of General MacArthur’s farewell address to the Corps of Cadets, principles that Elliott would later personify in all facets of life:

“‘Duty, Honor, Country’ — those three hallowed words reverently dictate what you ought to be, what you can be, and what you will be. They are your rallying points. They give you a temper of the will, a quality of the imagination, a vigor of the emotions, a freshness of the deep springs of life, a temperamental predominance of courage over timidity, an appetite for adventure over love of ease. In this way they will teach you to be an officer and a gentleman.”

A service will be held at the United States Military Academy in West Point, N.Y. in early Spring, where he will also be laid to rest. Please reach out to the family for more details if you would like to attend.

In lieu of flowers, consider making a donation on his behalf to the Wounded Warrior Project.